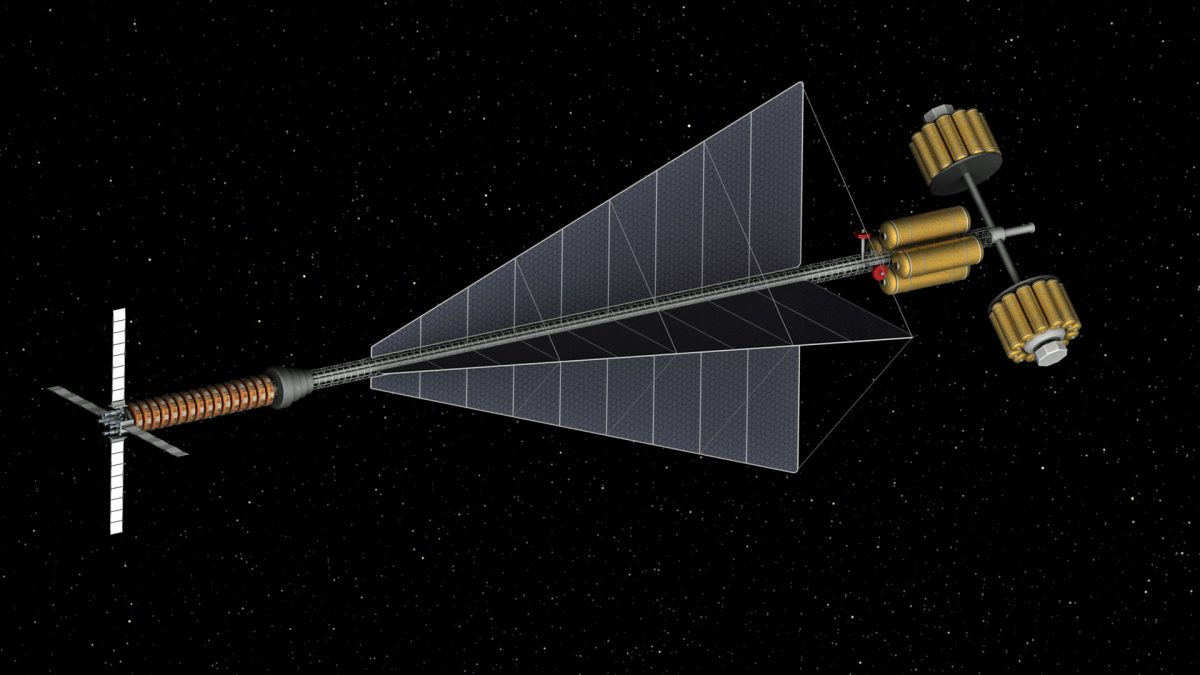 I realised I have very little that covers more recent concepts to get man into deep space. And when I started digging, I found there were not that many out there to cover!

The main one is the various designs covered by HOPE. Human Outer Planet Exploration, which covers proposals for a manned mission to Callisto, the outermost major moon of Jupiter.

It uses VASIMR nuclear engines, which are under current development, so as far as feasibility goes, I’d say highly feasible apart from the cost aspect.

The huge vanes are the cooling system, very reminiscent of Ernst Stuhlingers designs of many years ago. They come to a point to stay behind the heavy radiation shields, either side of the reactors.

The crew stay in the habit modules, with further radiation shielding provided by the auxilary fuel tanks, right of the diagram above.

For now I have NERVA engines in place on the mesh, I will replace these as modelling goes forward. 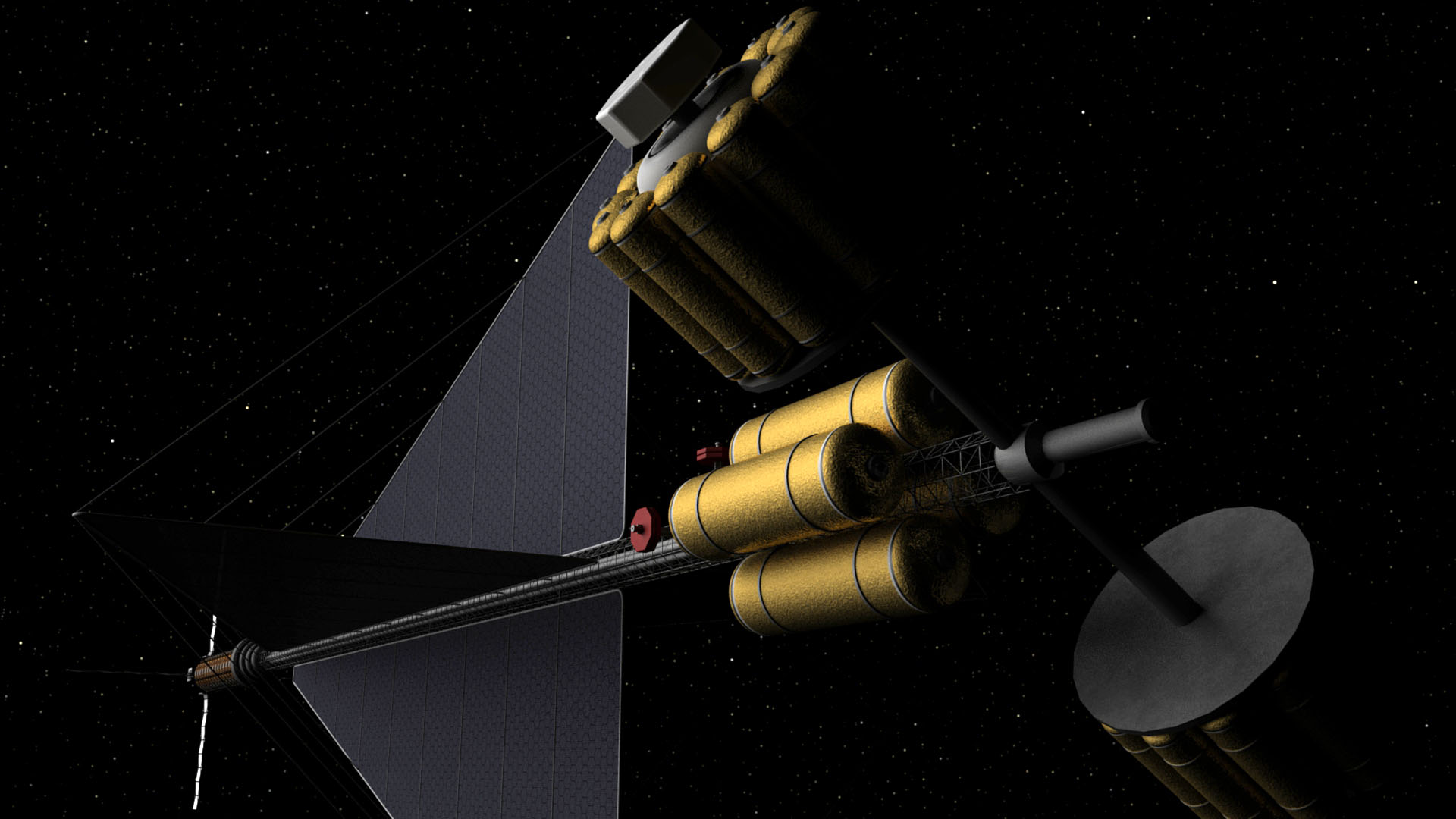 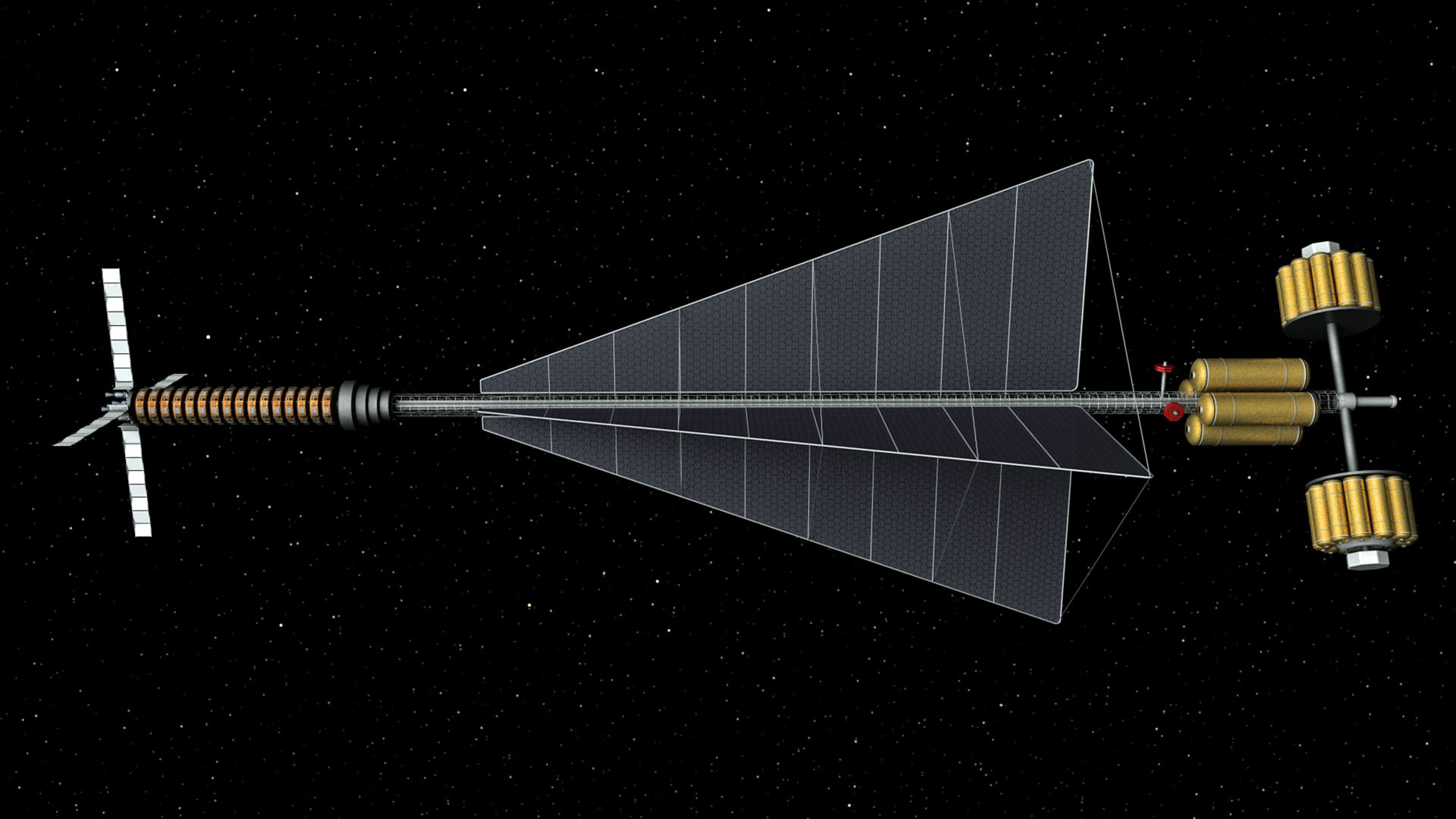 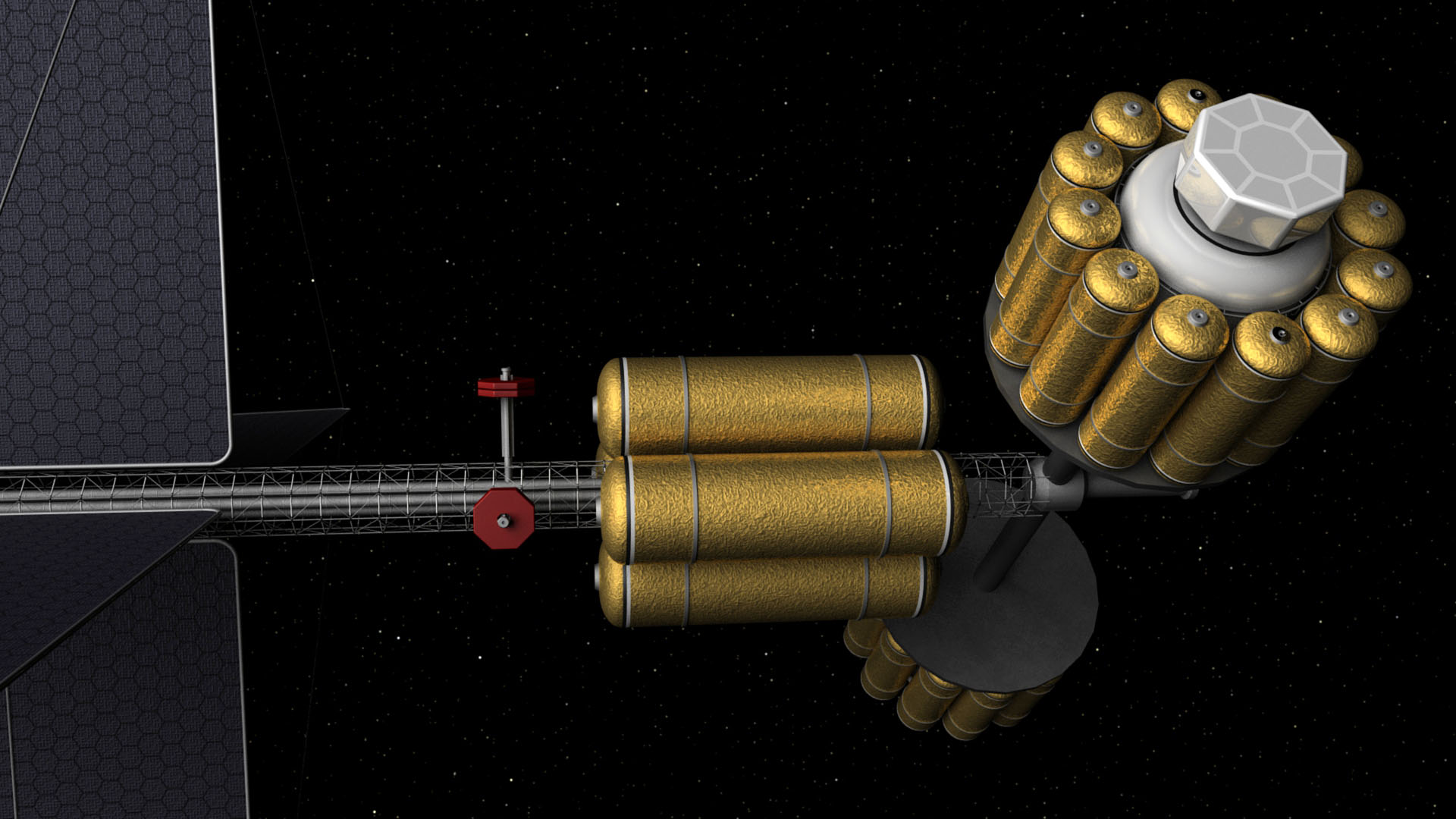 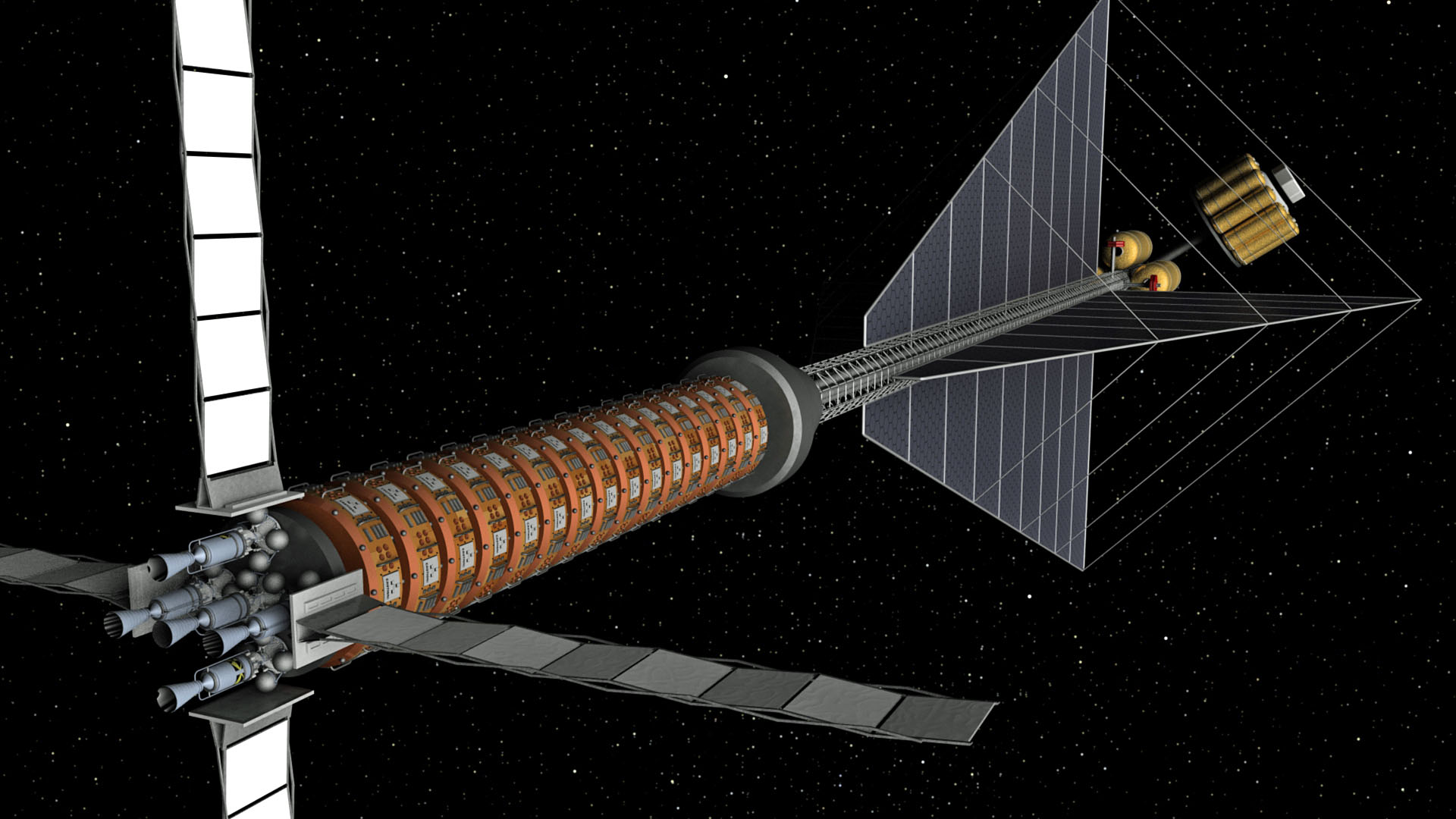