(I’m currently on Vue 2014, and considering an upgrade if this goes well)

Anyway, here’s a series of images to show you how I got from my starting point, to a finished image I was happy with.

To start with I was experiomenting with procedural landscapes, as supplied, and applying atmospheres, to see what came out.

This is quite interesting, and my first thought was that with a little work, it could pass for the surface of the planet Venus. Ground detail seems good, and I like the distant haze.

For those unfamiliar, a Vue “Atmosphere” is a mix of a sky, lighting, and volumetric effects, covering things like fog, mist, clouds, sun position, and lighting method used, (e.g., should global illumanation be applied?)

I decided to try some more, and move the camera around. A favourite atmosphere from ones I bought is “Mombassa”. Slow to render but relatively realistic. Here’s what came out.

Much more Earthlike, though the terrain is not convincing for Earth. But I wanted to focus on the sky. I increased the decay, so light got redder with thicker air, and added a big moon. The included planets for the sky are awful, but you can add your own bitmaps, so I decided to use one I orginally intended as for a small moon or Kuiper Belt Object.

Nicely moody, but a bit too dark.

So here’s the final (maybe?) version, with less deep blue, and a second moon in the sky. You can have more than one in Vue, but I decided to add this in Photoshop Elements. 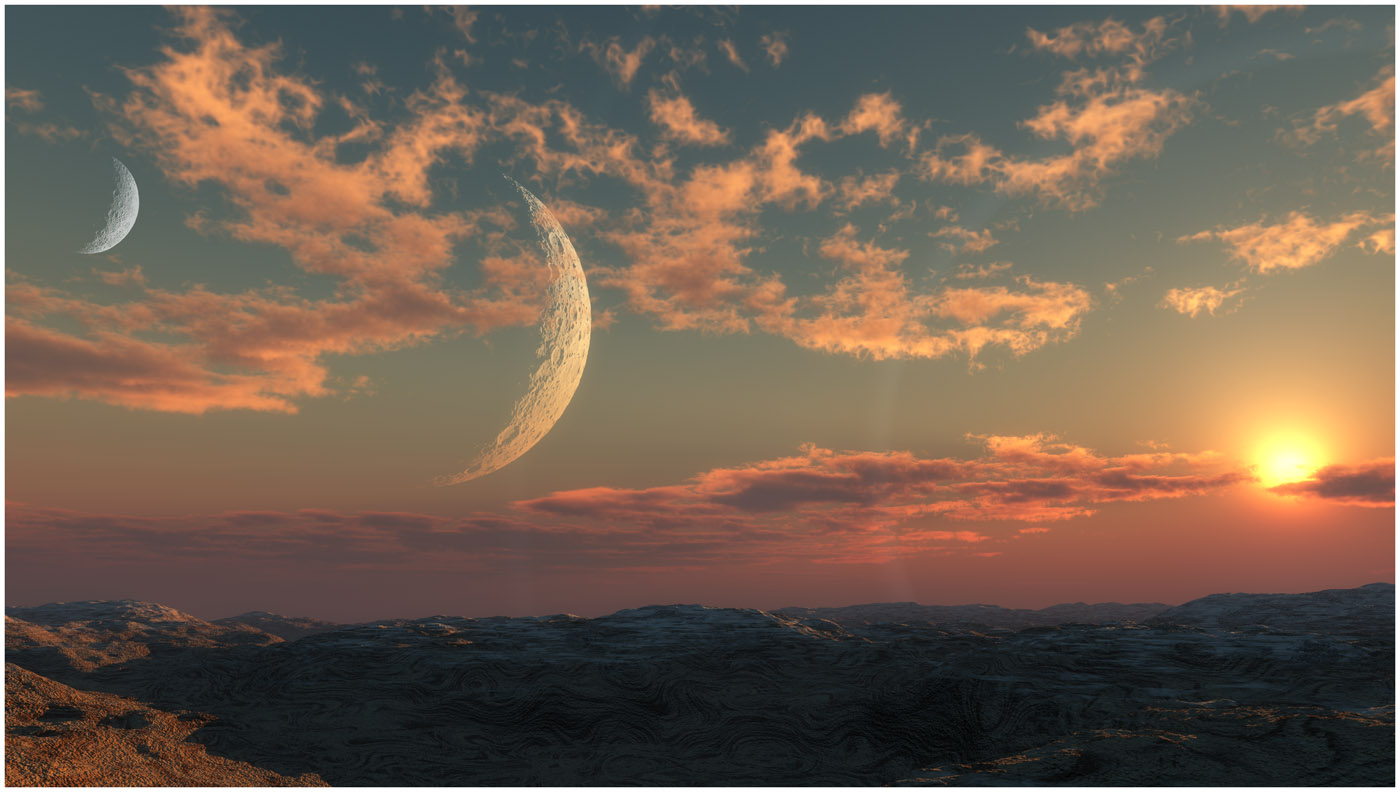 If you want to find me on Twitter, I’m @runnymonkey here: