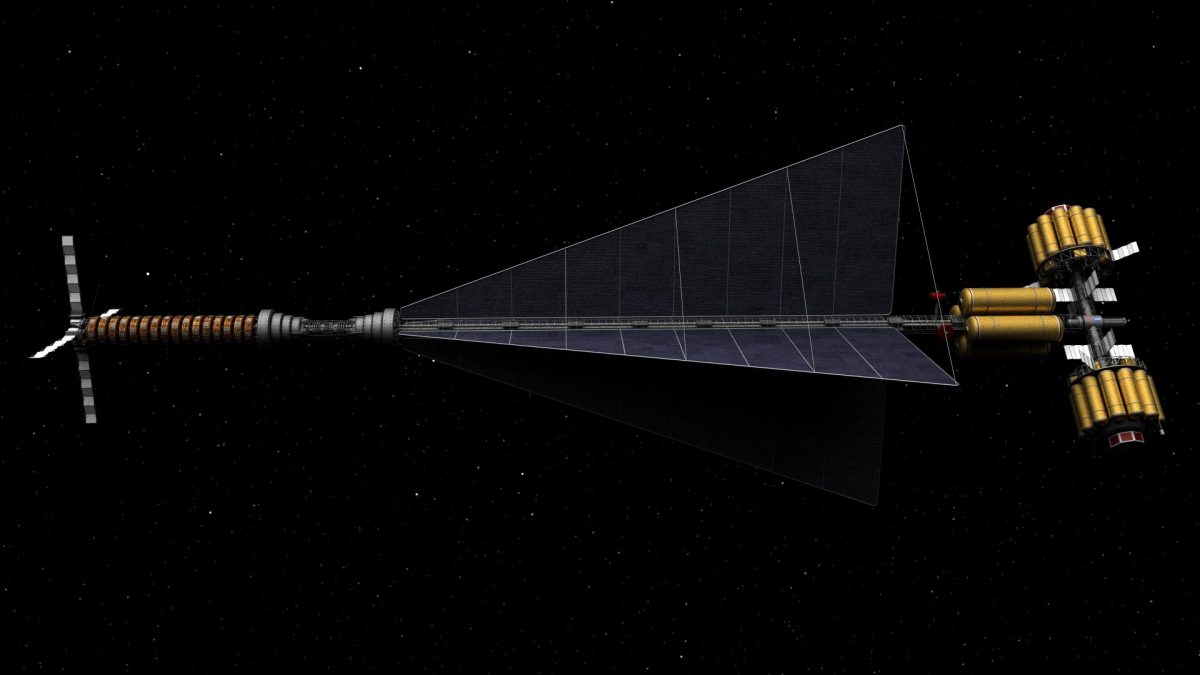 Right, I think the modelling part is pretty much done here on the HOPE VASIMR. I’ve been busy adding nurnies and greebles, and tweaking surfaces, and it’s looking good to me.

As usual, click on the images for a larger version. 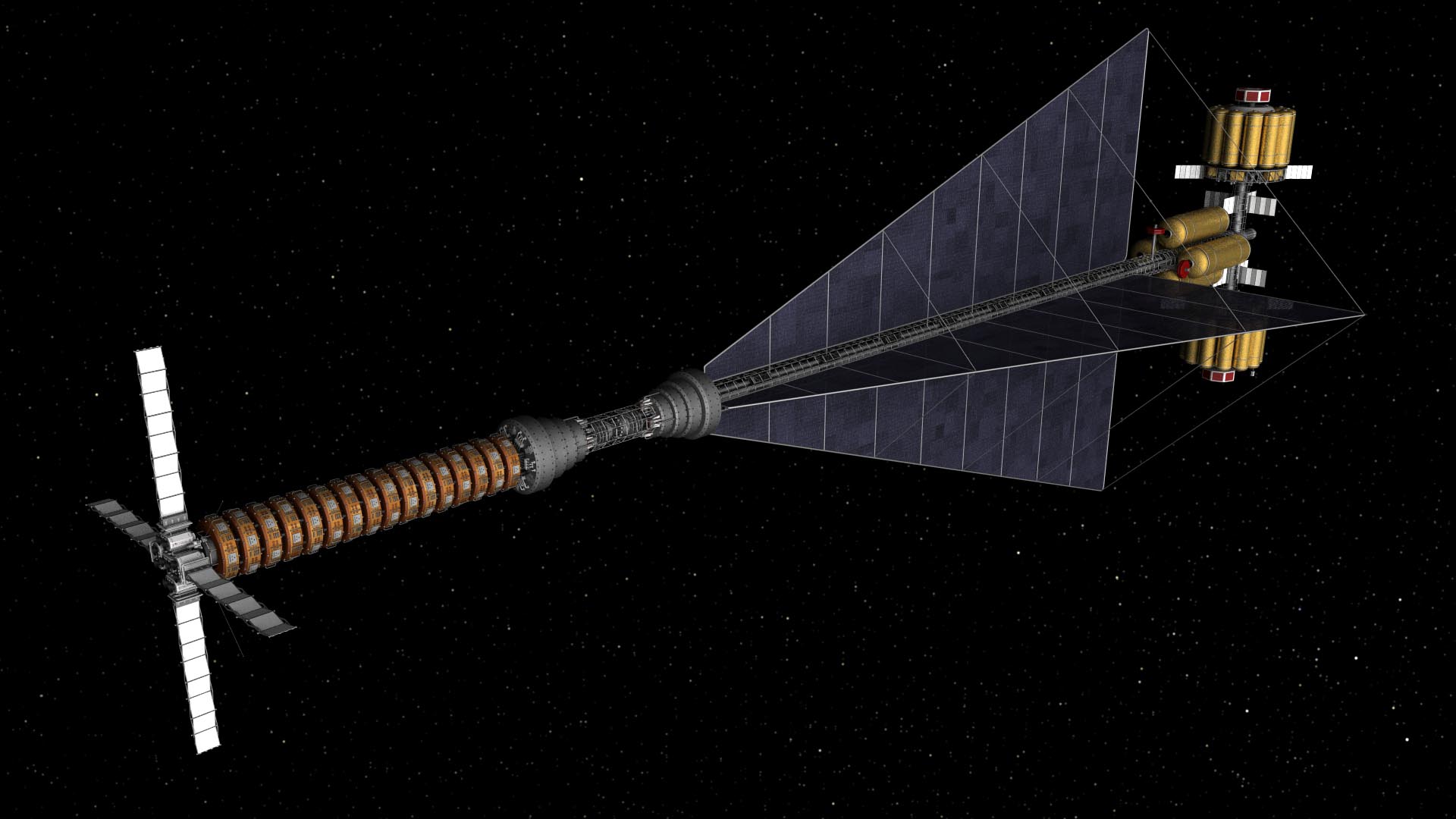 For those who missed the earlier instalments, HOPE stands for Human Outer Planet Exploration, and is a serious design for a manned expedition to Callisto, the outermost of the large moons of Jupiter. (Far enough away from Jupiter that the radiation won’t fry the astronauts!) 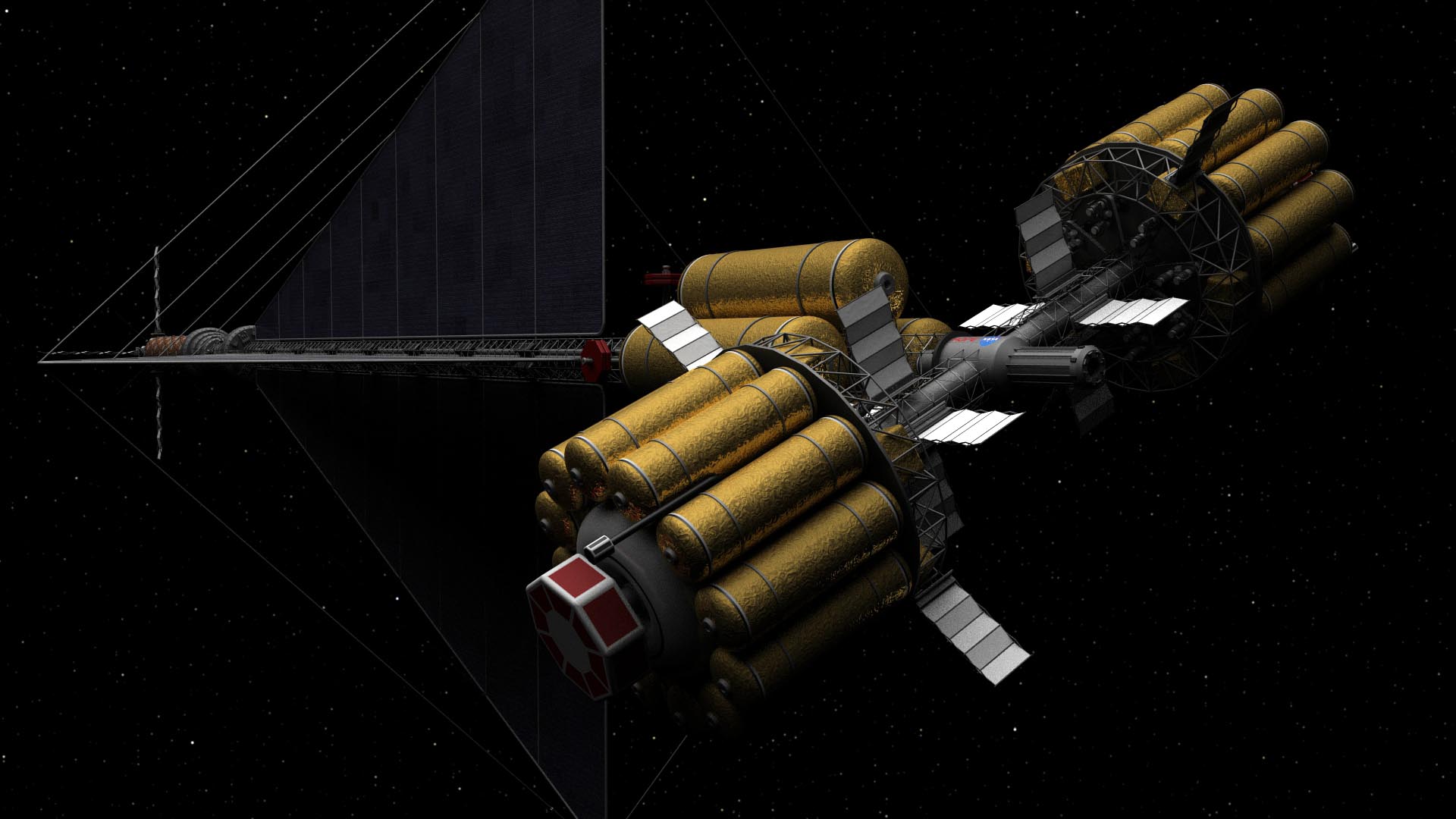 The golden cylinders at the front (wide end), hold fuel, which also helps protect the crew from the radiation from the reactor, and the environment in the case of a solar storm. These spin around the main axis, to provide a low level of fake gravity.

The reactor is towards the engines, with chunky heavy radiation shields to either side, to protect the hardware, as well as the crew. (This thing will be HIGHLY radioactive in operation). 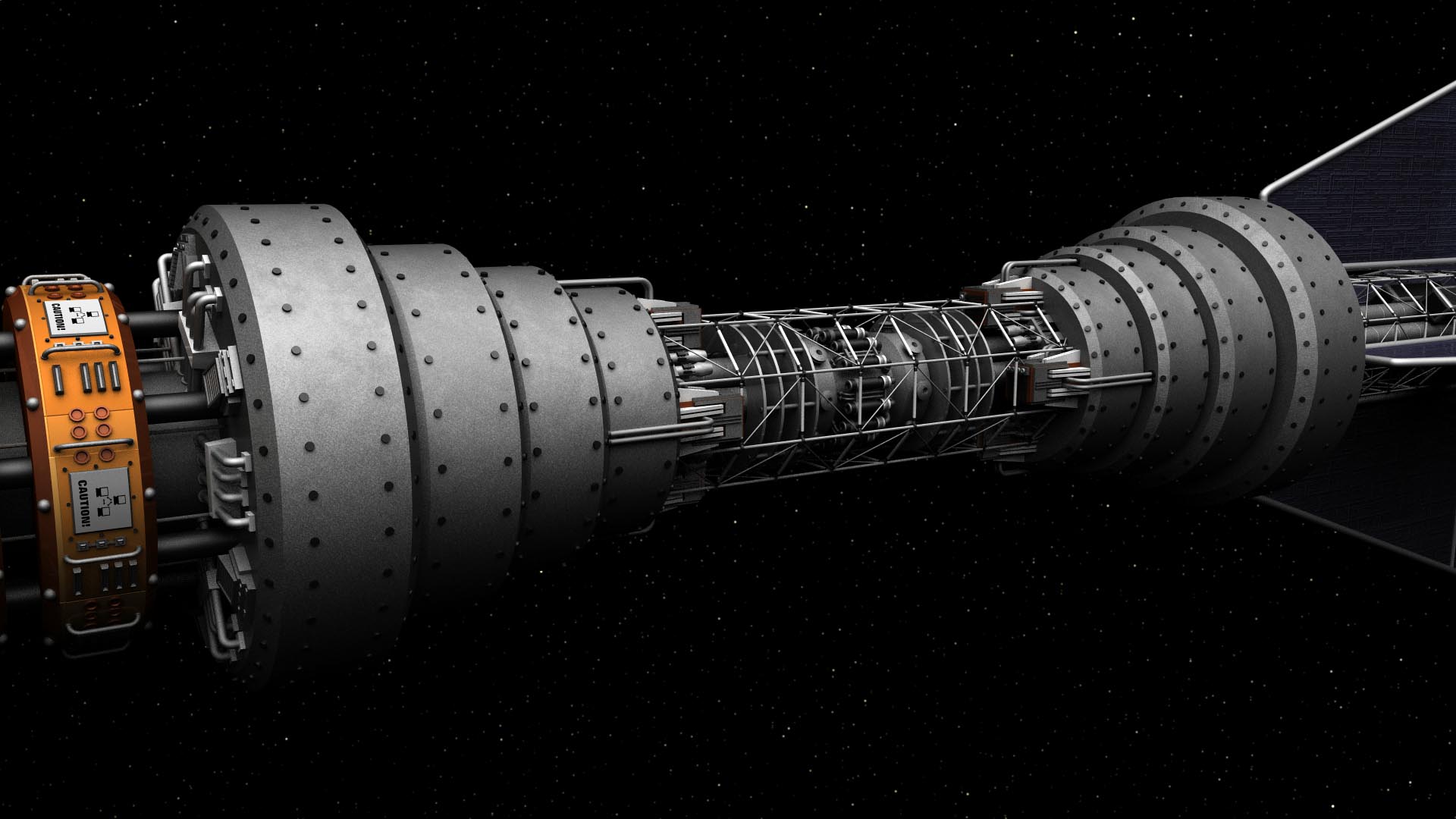 The big vanes are the cooling system, designed to radiate away the excess heat. 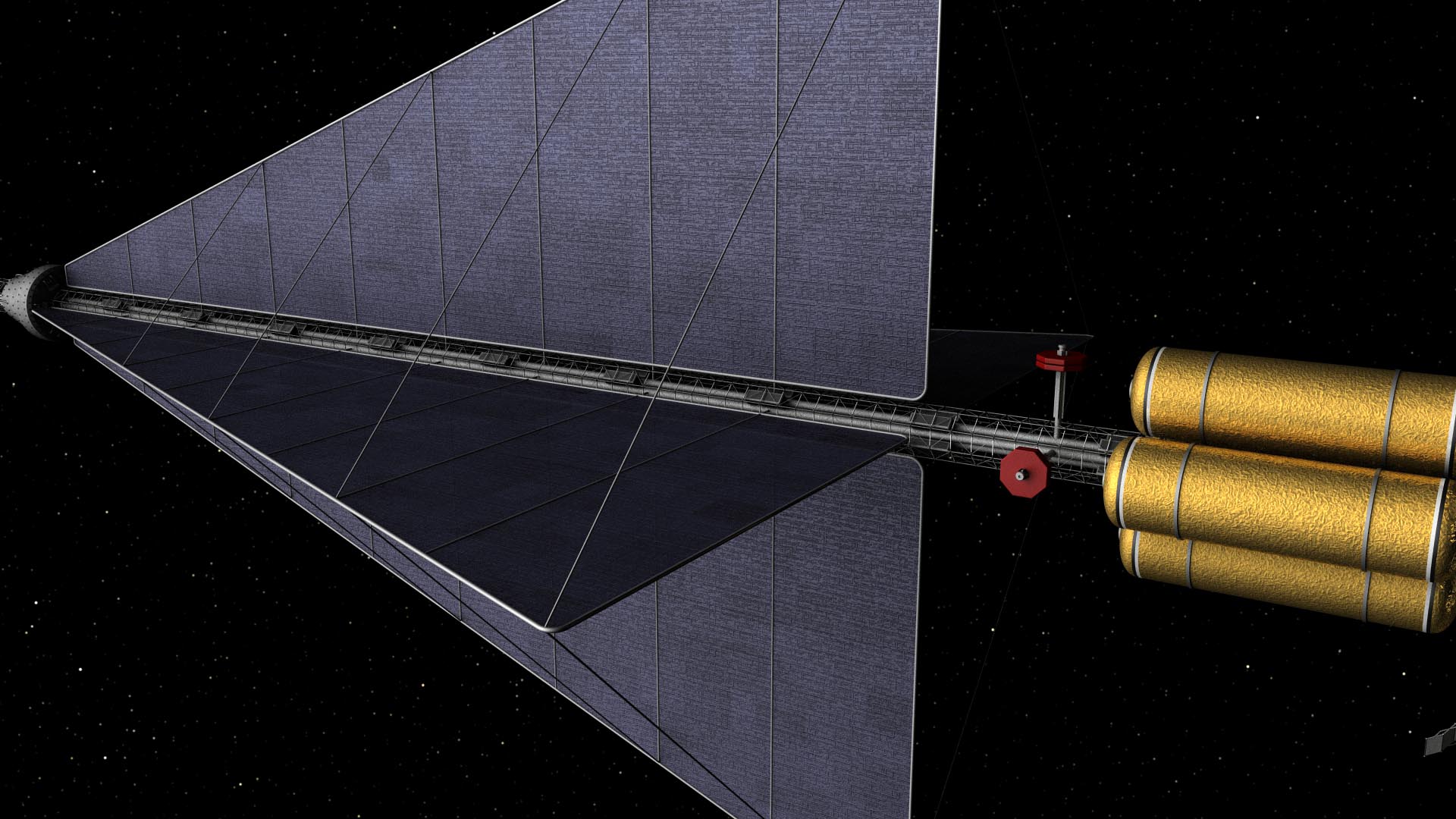 And, in case you are wondering, the red disks are counterweights, to correct the balance of the ship as a whole when crew and things move around. 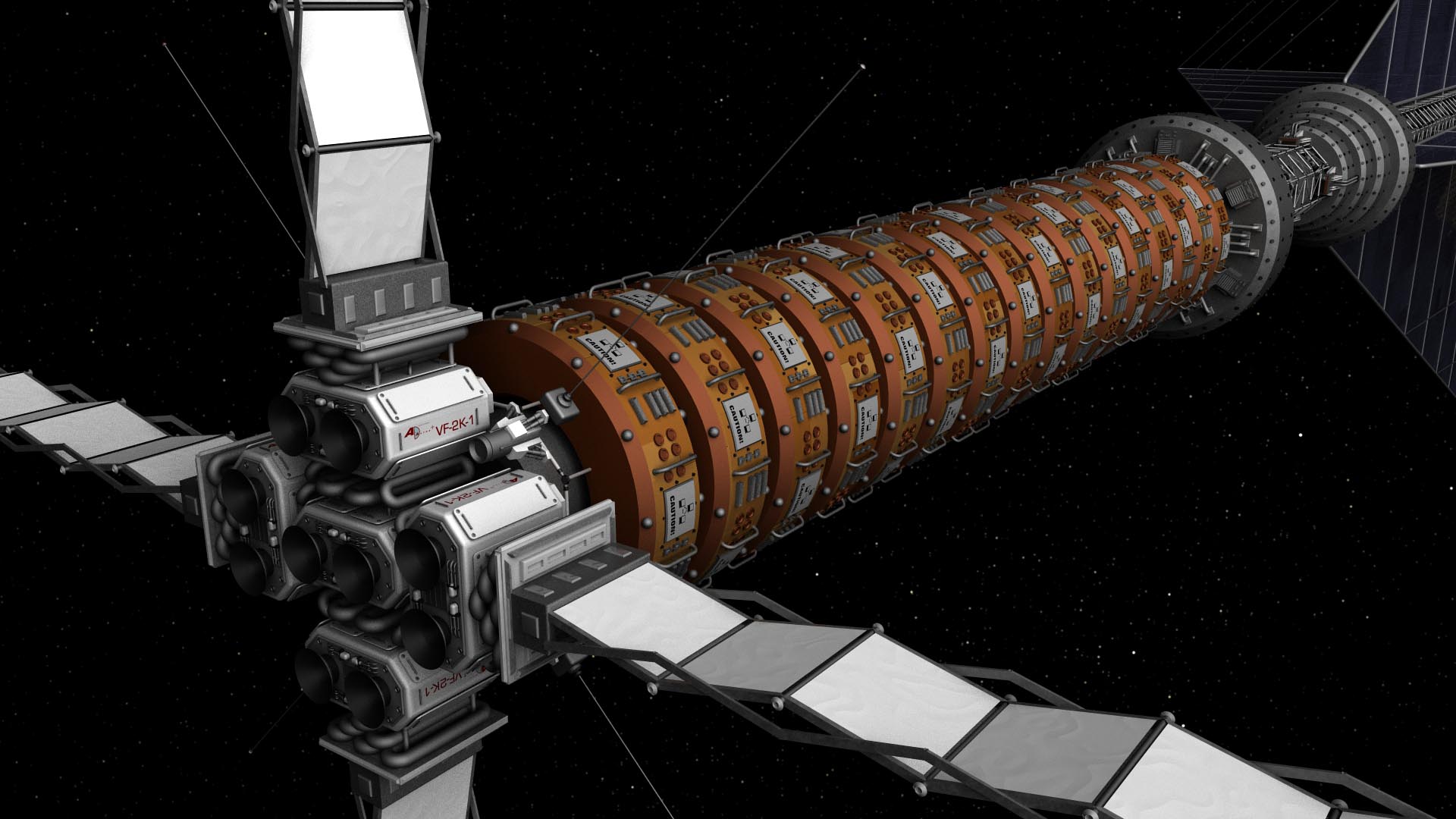 VASIMIR is the Variable Specific Impules Magnetoplasam Rocket, a type of engine that is already being tested. Something of this efficiency is absolutely essential to reach the outer solar system in an acceptable length of time.

I have based these engines on the ones currently being tested, although they are way too low powered for such a mission, (yet!)

Everything was done in Lightwave 3D, with some extensive use of the always excellent IFW2 shaders, especially for the panels.

Now on to some finished renders!