The Lunar Craft, An Introduction

It is not always clear from the illustrations exactly what stage of the craft’s development they show. Many are clearly a bad fit to the final designs of the craft. I have tried to show them in roughly chronological order, but there’s an element of guesswork here.

For those new to this, the two key craft are the Lunar Orbiter (LOK), and Lunar Lander (LK Lander).

Here’s an early sketch of the LK lander looking distinctly different from it’s final form. I suspect these early designs were significantly bigger, before the weight challenges shrunk them down.

Some elements are clearly the same though. Note the hold down jets mounted near the base of each leg. These were used to stop the craft from bouncing up immediately after landing.

Update! Thanks to Paul Drye – this is an error in the book, the craft shown is the LEK, Lunar Expeditionary Complex, by Glushko, from the early seventies.

Here’s a photo of mine of the LK Lander exhibited in London:

Some drawings refer to a Lunar Orbital Station, and these seem considerably more ambitious than the orbital module of a Soyuz based craft:

These are early sketches for what clearly became the LOK.

Port and starboard views of the developing design: 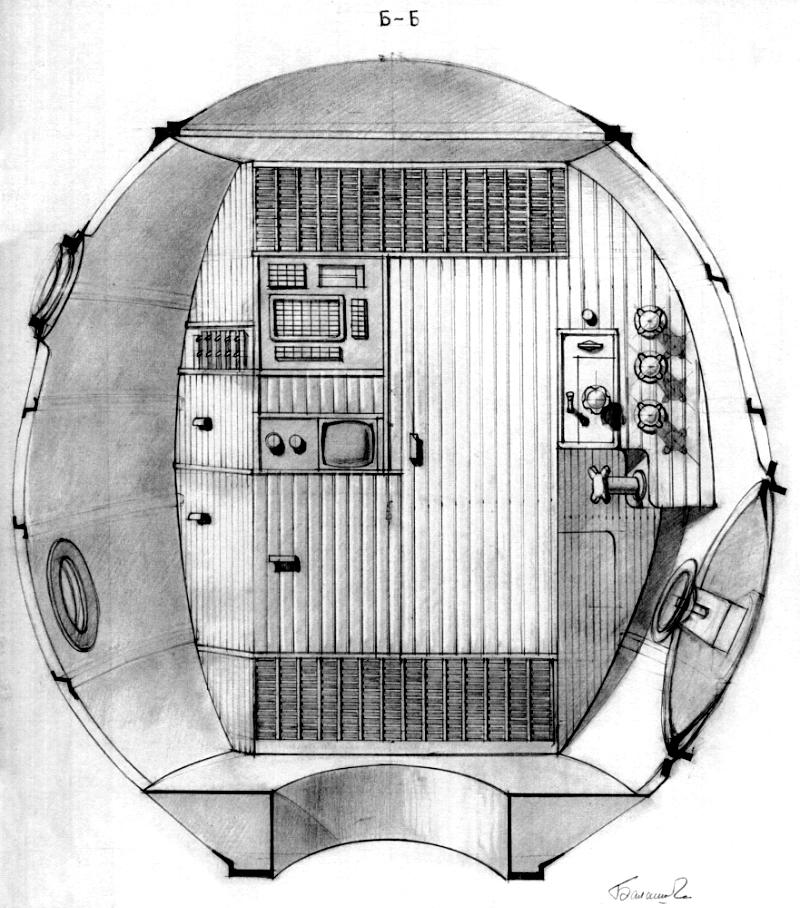 If anyone can provide more information on the timing of these designs, and how they relate to the overall program, I’d love to hear from you in the comments!

But in the meantime, I’m just happy to have a new view of some key elements of the early Soviet Space era.

For more information, there’s an excellent article with an interview here: