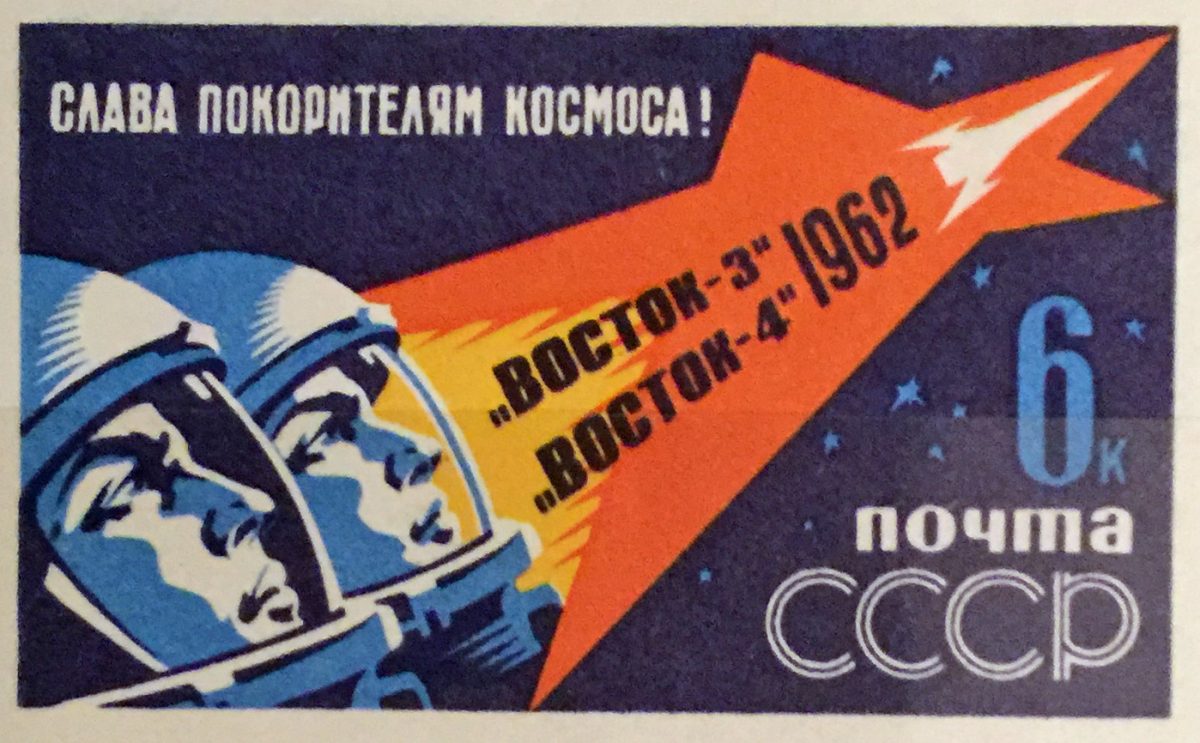 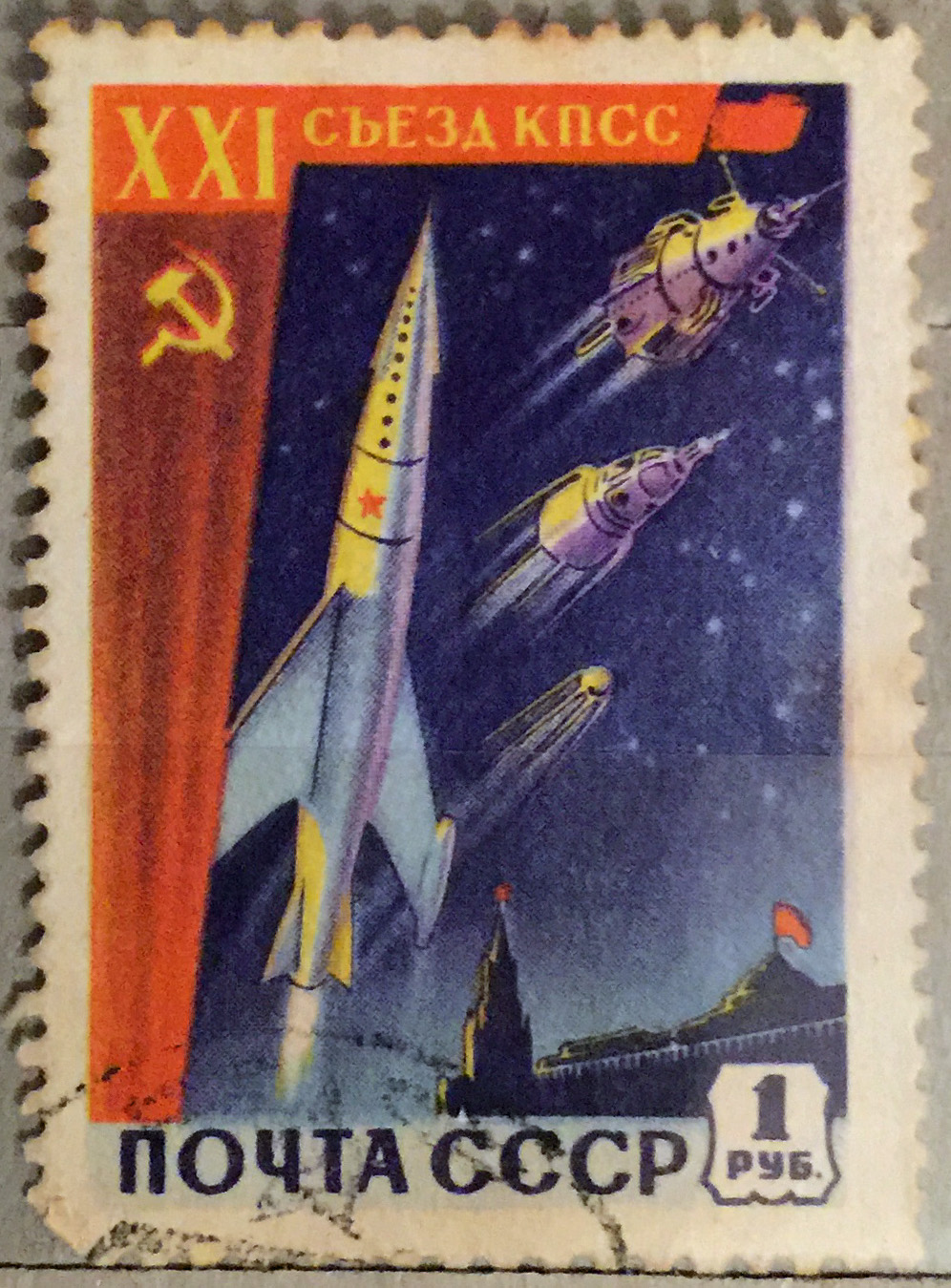 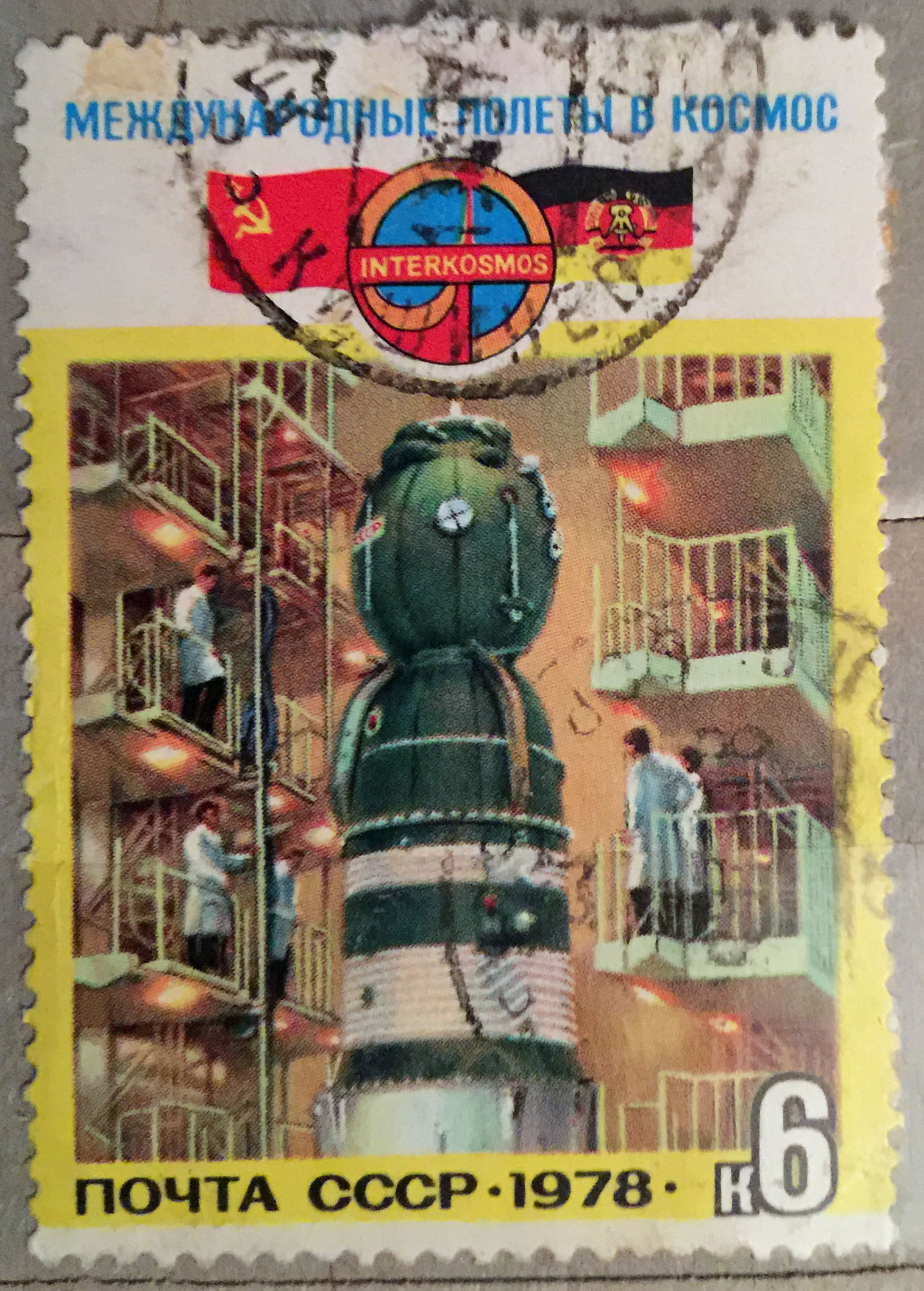 Stamp celebrating the “Intercosmos” mission in 1978, with Germany joining the Soviet Union in a Soyuz capsule. 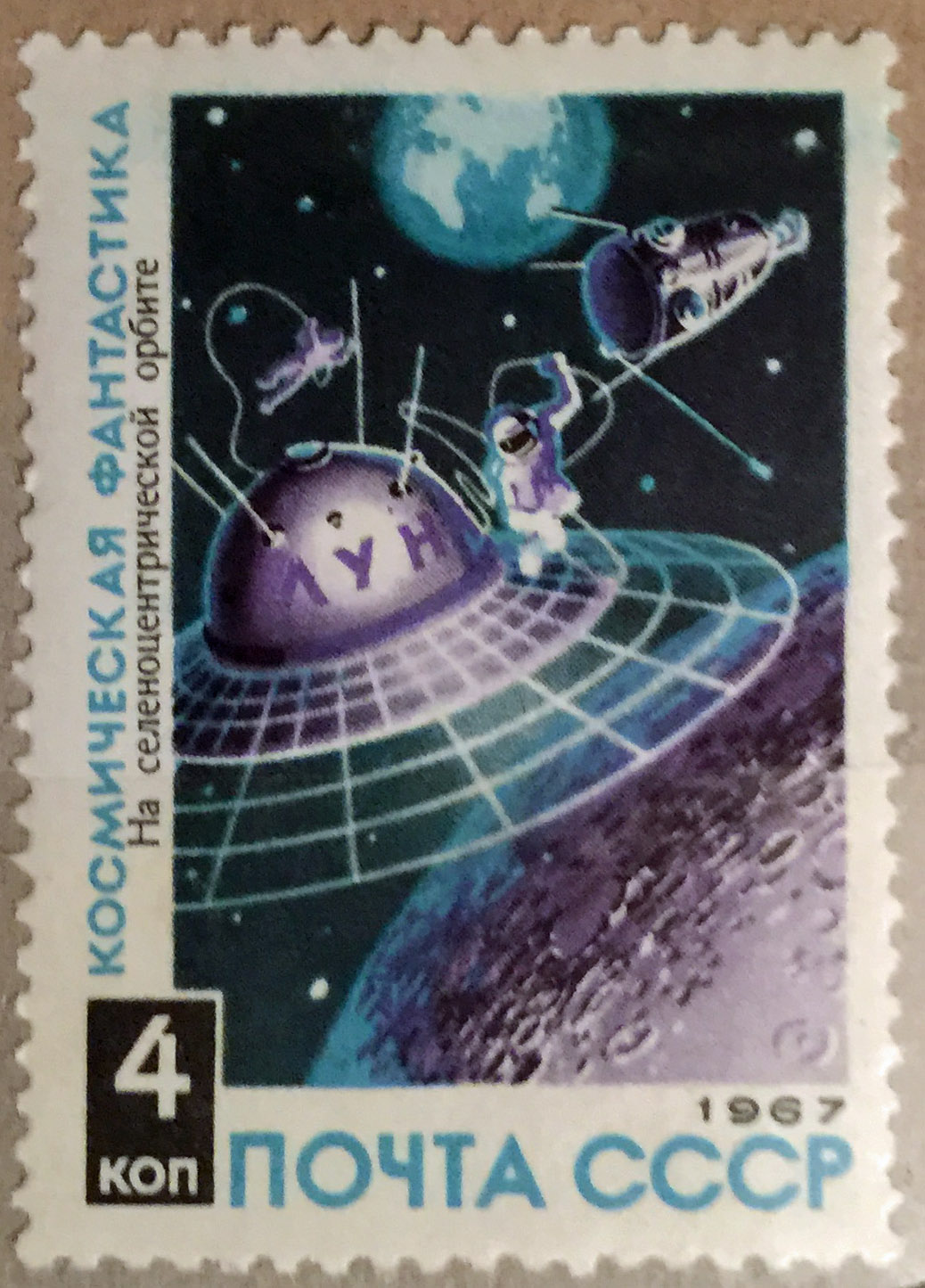 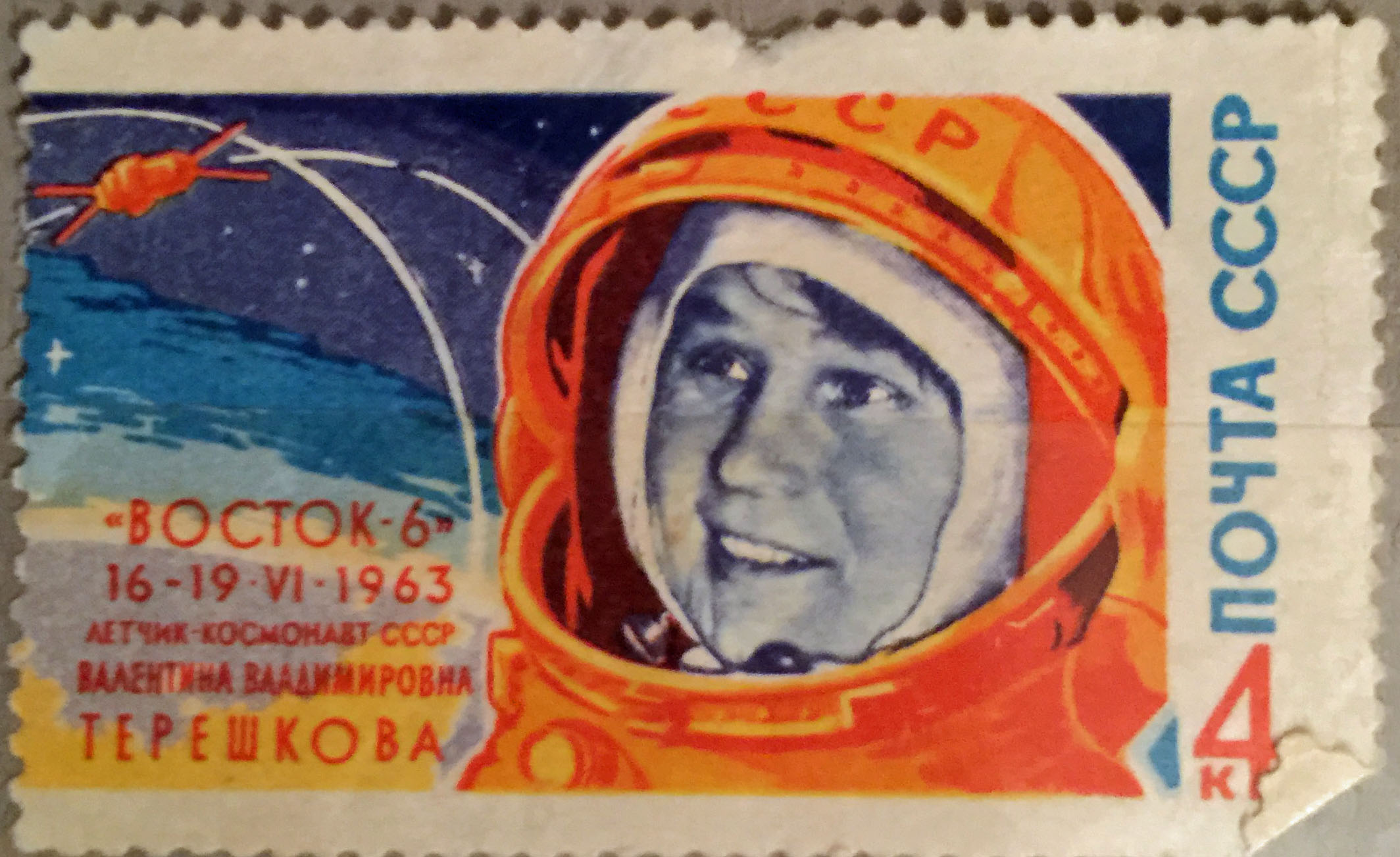 A not very realistic portrait of Valentina Tereshkova, first woman in space, on board Vostok 6. 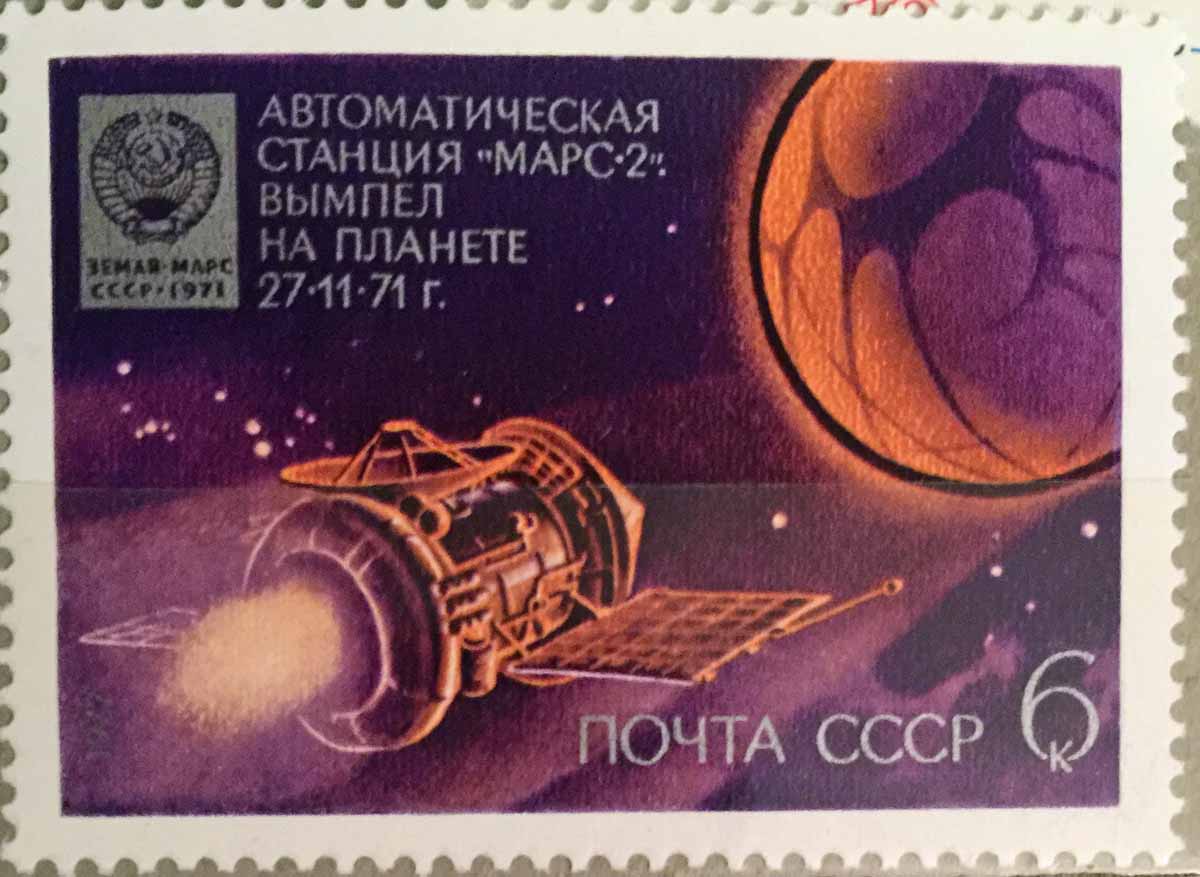 I particularly like this one! The “automatic station” Mars 2 probe approaches a very ‘old school’ rendition of Mars| 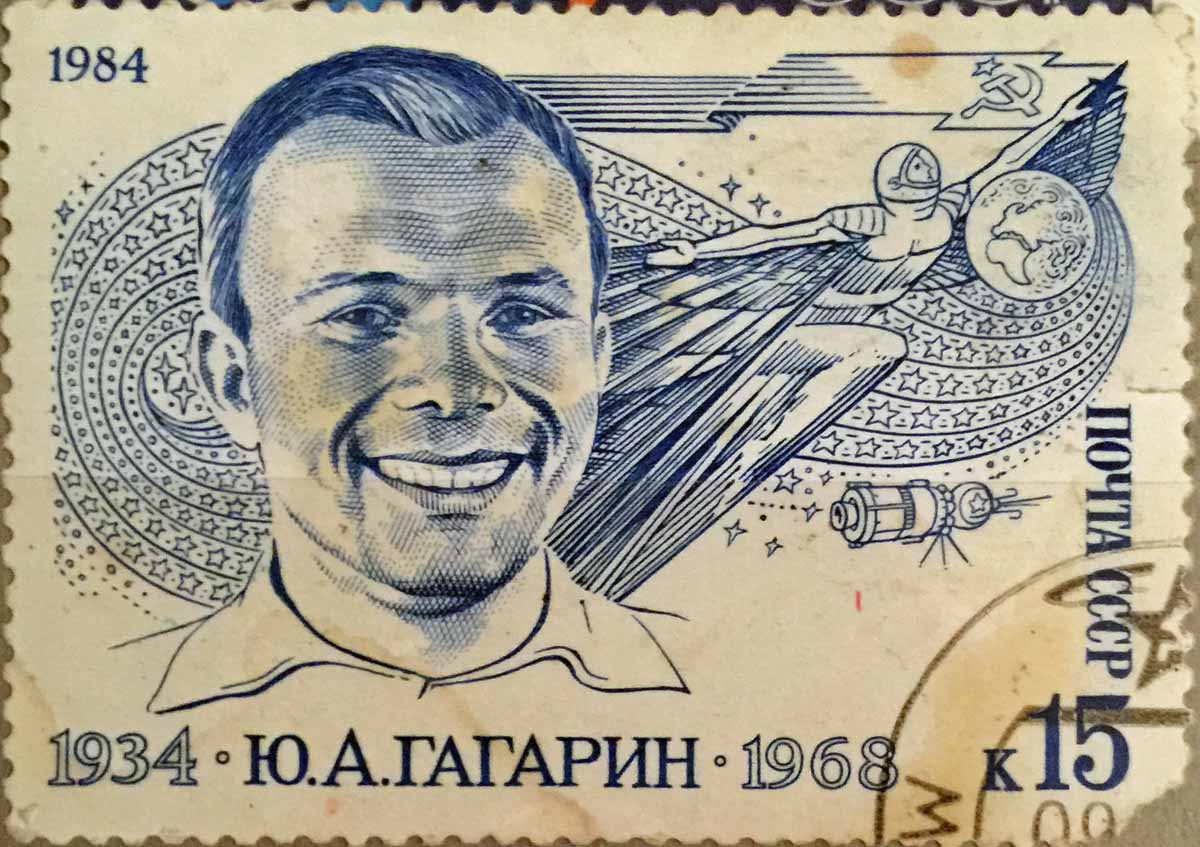 Celebrating the life of Yuri Gagarin in 1984. I really like the ascending stylised cosmonaut in the background. 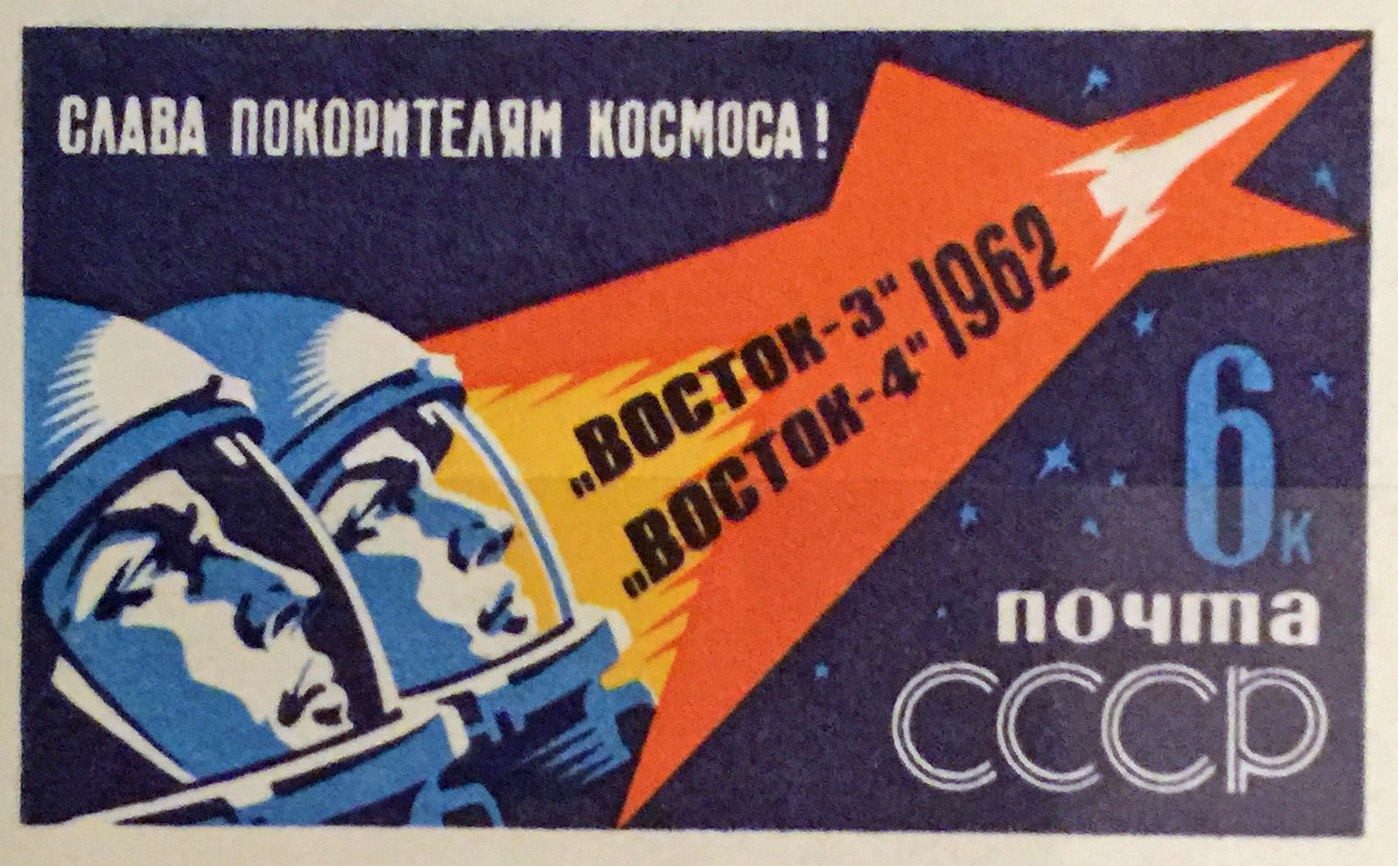 Very much in the style of the heroic propaganda posters, this 6 Kopeck stamp celebrates the Vostok 3 and 4 missions.