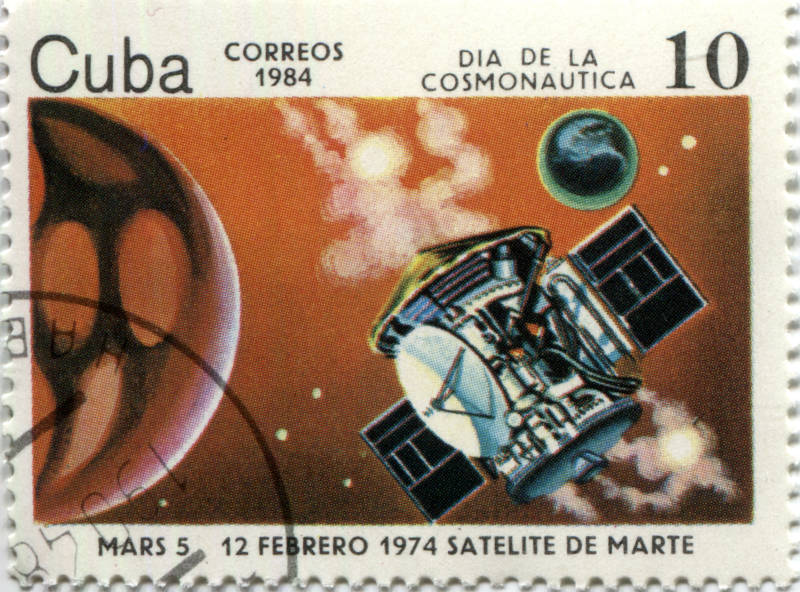 Nothing particularly, technical, or insightful here, but I recently got a bunch of space themed postage stamps from Cuba, and thought it would be cool to share some of them…

Art by Alexei Leonov and A Sokolov showing astronauts working in orbit.

The Interkosmos program was a major effort to involve friendly nations in the Soviet Union space program, and give them the cachet of a very visible membership of the cosmonaut program.