I was absolutely delighted a year or so back when the great David A Hardy suggested a collaboration!

I think the first art of his I came across was probably an album cover for the awesome Space Rock band, Hawkwind. Anyway, you really should check out his web site:

We went with his first suggestion, a combination of the landing craft from the famous “Colliers” articles from the 1950’s, as designed by Wernher von Braun, and modelled by myself, with a landscape that DH would make.

I recommend the high resolution versions!

And here’s my version of the cargo lander: 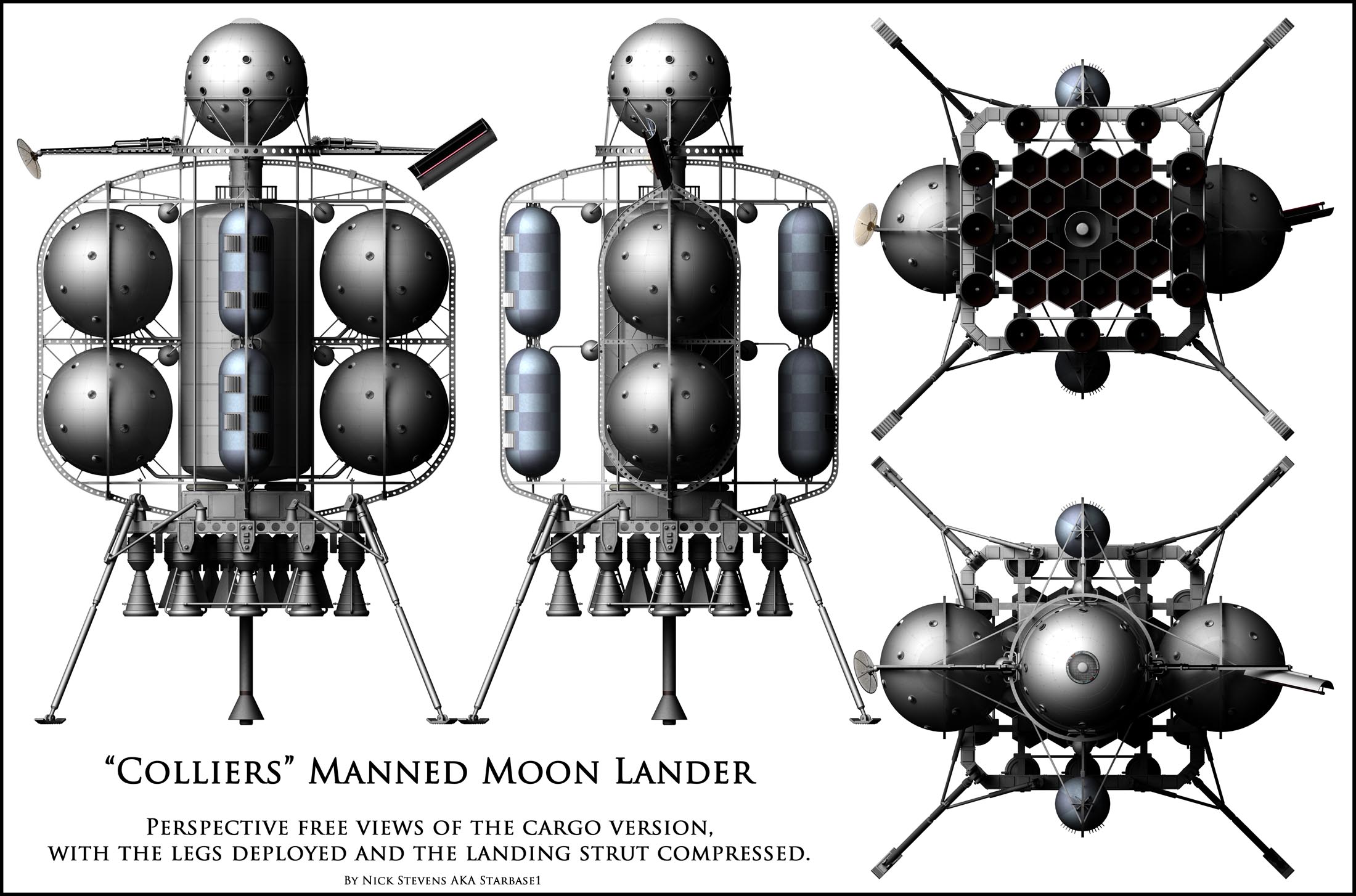 These designs were incredibly influential, shaping the art and design of spacecraft worldwide, particularly in the USSR.

How to go about it?

In the end we settled on an iterative process, with images passing between us as David updated the background, with me rerendering with suitable changes to the craft.

The key technique was “front projection” where the background image, (the landscape) is projected from the camera viewpoint onto a background scene.  I was able to get away with a simple flat plain for the lunar surface, (with a bit of photoshop work afterwards!).

The advantage of this is that the backdrop becomes a surface in the 3d software environment, so it is then possible for the additional CGI items to cast shadows on the terrain, and pick up the scene in reflections, or indirect lighting.

Here’s how it came out: 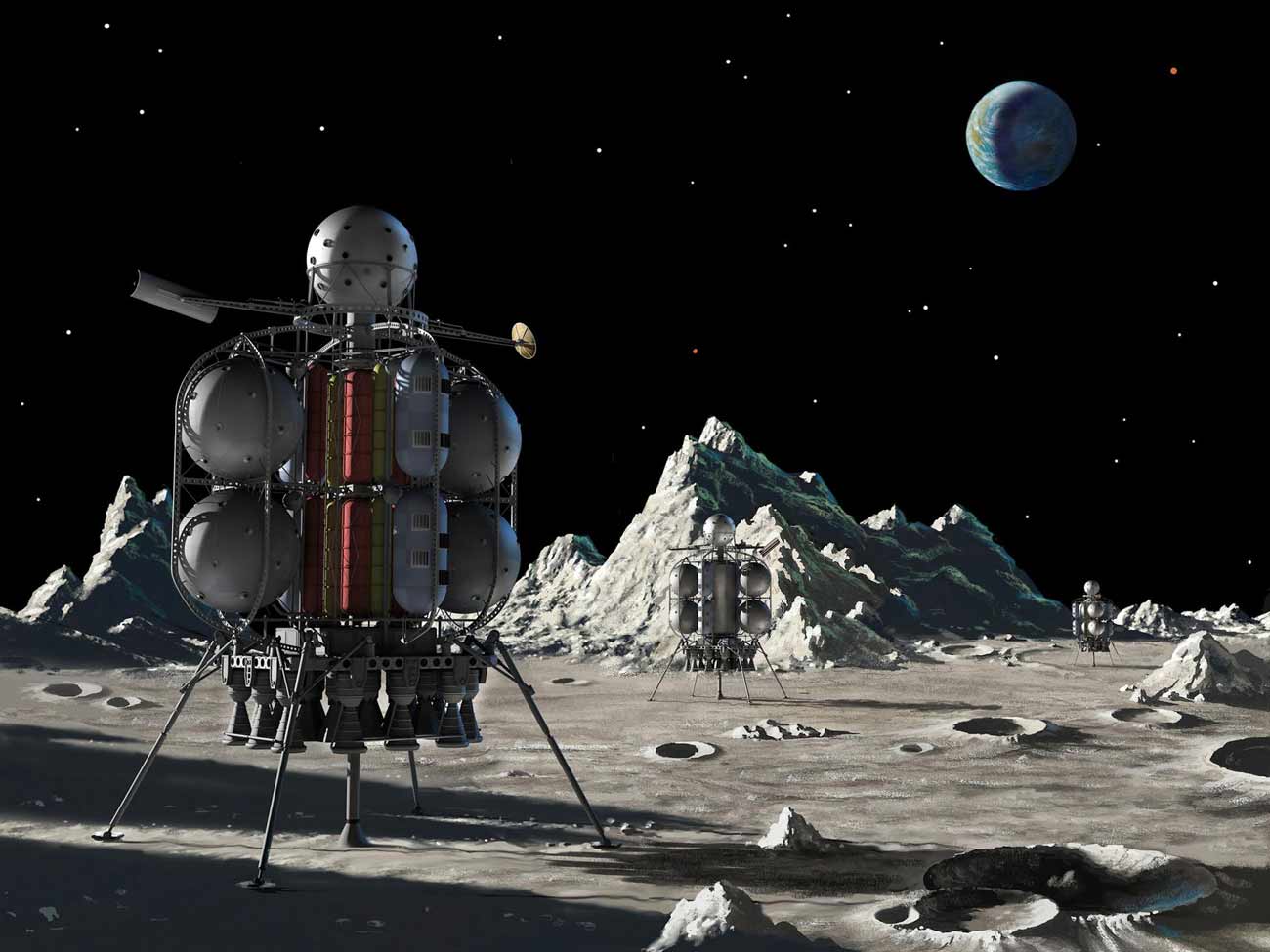 The final version was corrected to lose the fuel tanks, which would have been dropped before the craft landed.