This is a design by Kraft Ehrike, which appeared in “Life” magazine in 1958. From what I understand, the idea was to use the kind of cylindrical hulls and spherical ended tanks from upper rocket stages as basic units of contruction. 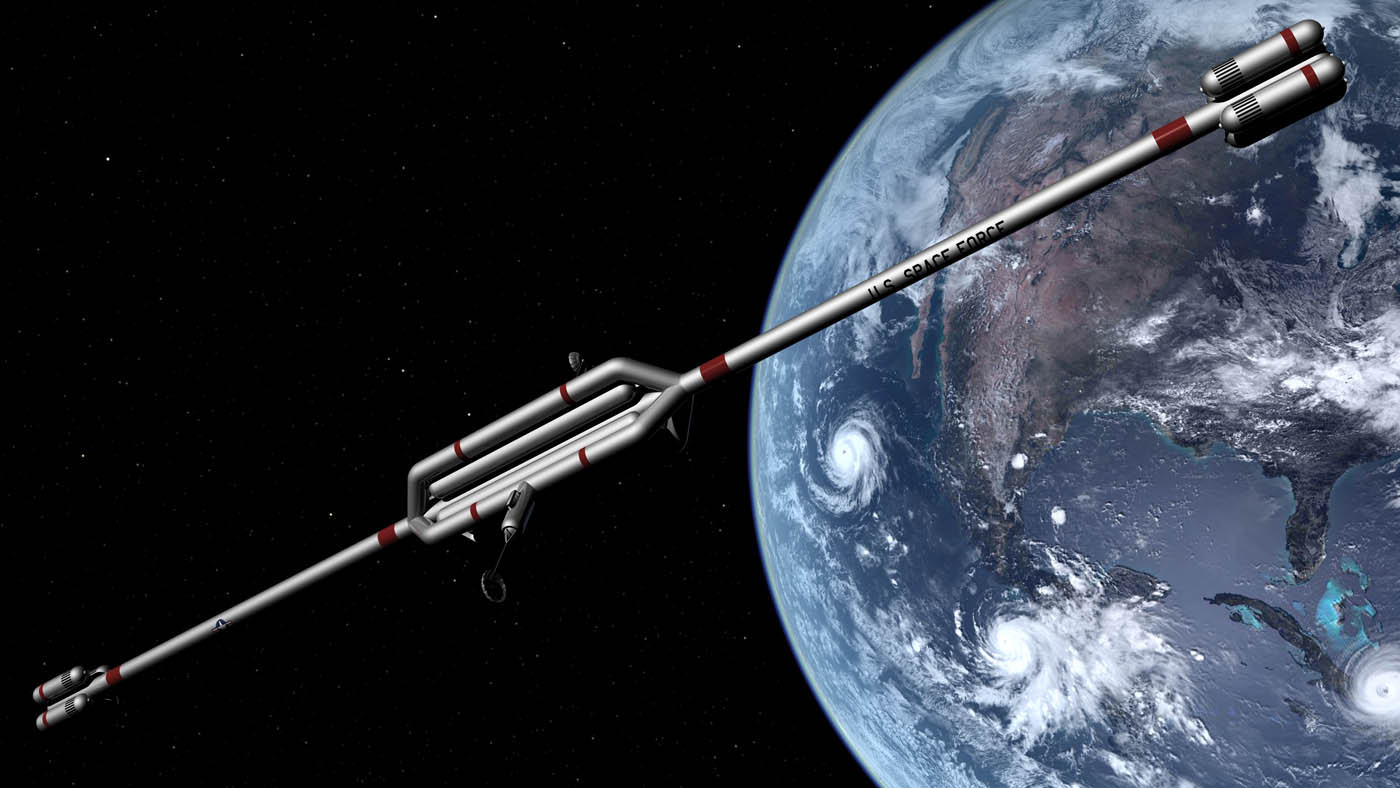 Ehrike worked with Wernher von Braun at Peenemunde on the V2 rocket program, and continued to work with WvB after they had moved to the USA.

As usual, click on an image to see a larger version.

Unusually, the station design called for it to rotate end over end, to provide artificial gravity. Almost all station designs at this time were wheel based, spinning around their axis.

As usual, all in Lightwave 3d