My starting point was something long and thin, roughly train shaped, with a slightly raised neck and head. I then set about adding loads of nurneys, making heavy use of Fabio’s Ultimate Nurney kits. I also wanted a big alien logo on the side, and used the Babylon 5 Centauri font, which I have always had a soft spot for.

Here are some Lightwave renders as it came along, most of the way there.

As you can see the basic shape is blocky, with panelling, but I rounded off the edges. At this point I was just thinking of it as the “slab ship”

The nose took longest, not happy until I came up with something looking like a ram. Though this later changes…

I was quite pleased with the chrome hemispheres, these highly reflective elements help suck in the environment, and make it feel part of it.

The final part to get the detailing was the rear, with the three big engines. I’d also decided to add some very long energy beams from the engines, (optional), which I figured would give it a sense of motion, and help strengthen the perspective as a whole. (Does it sound like I know what I am doing here? I really don’t!)

And here with most of the detailing complete:

Before starting in on the Vue version, I did some renders in Lightwave, not least to check that the modelling was complete. Here are a couple of renders:

It was when I lined up three of them I had the idea of the three fates or furies as a better name.

This is my favourite of the Lightwave renders, really feels like a pulp scifi book cover to me. It was Atropos who chose the mechanism of death and ended the life of mortals. 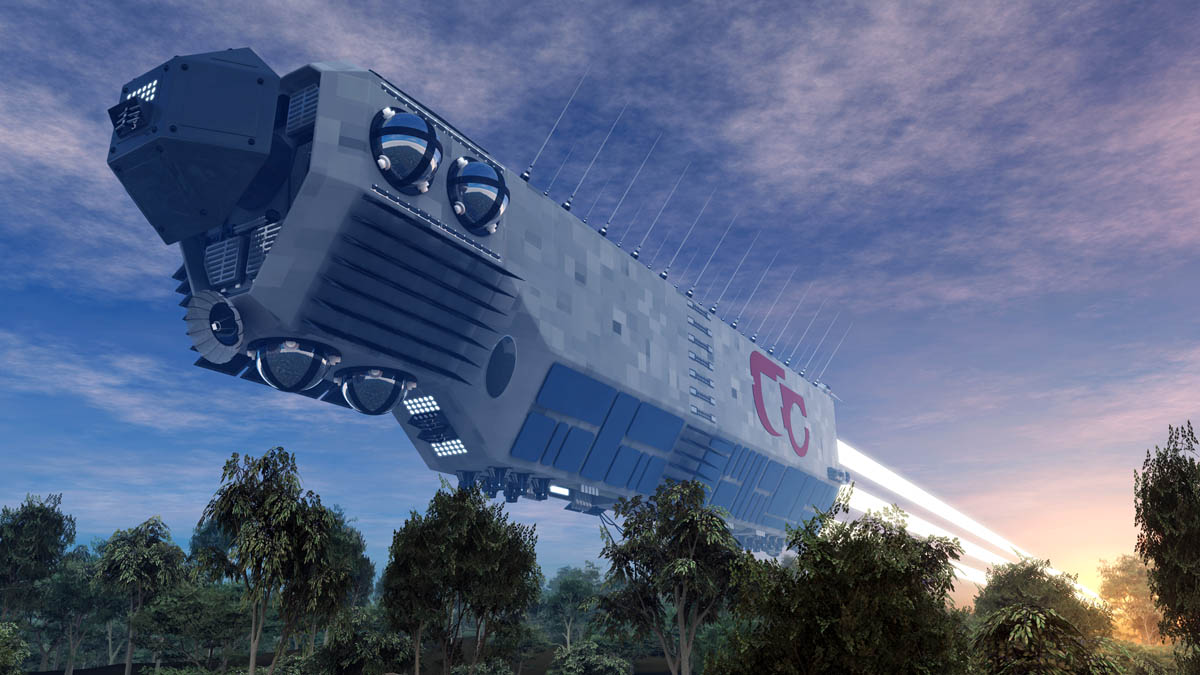 This is the kind of thing I had in mind at the start of the project!

Ok, so there’s not much haze here, but I like the effect.

Here’s a small fleet of them. I call this one “Suspended Sentence”

And finally, easily my favourite, one I call “Gorilla in the Mist”

Thanks to anyone who made it all the way down to the bottom of the page here! Nick