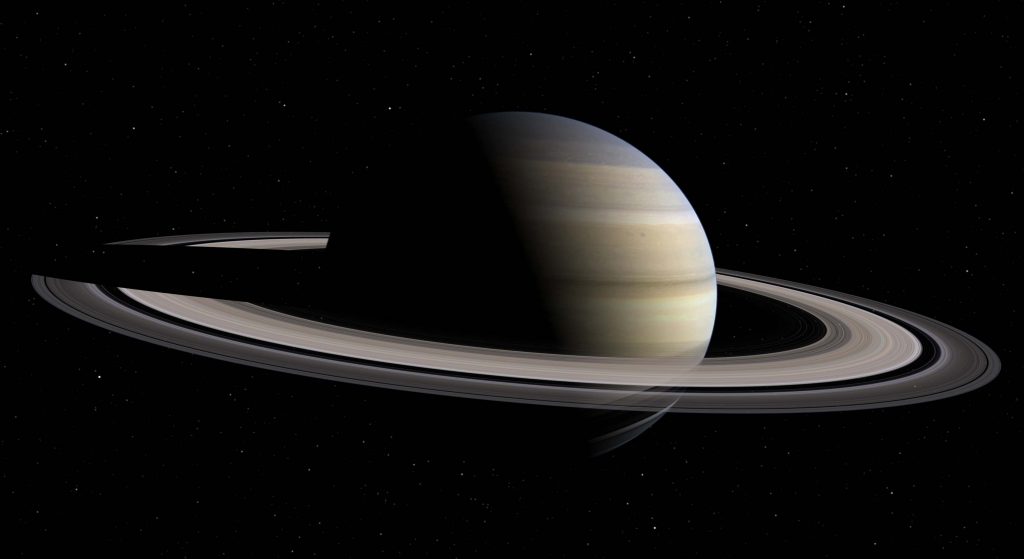 Those rings really do need very high quality render settings. And at 4k resolution, you really need best quality, not to mention the huge number of frames… In case anyone else is wondering, after some careful tests, I found that “Mitchell Sharp” image reconstruction on the Lightwave render gave the best results when animated.

Anyway, the basic idea was that I wanted to use my Saturn model to make a 4k / Ultra High Definition video, bringing out all the details in the rings.

The first pass looked wrong from the unlit side of the rings – I was getting messed up by the way Brightness / Transparency and Translucency interacted. And the densest part of the rings were coming out as the most transparent.

I did two sequences, one in a polar orbit, and one closer to the ring plane, which I figured would get the greatest variety of interesting viewing angles

(Of course), you should watch this full screen, and on a high resolution device!

Many thanks to Bjorn Jonsson of the IAAA for releasing his planetary textures, particularly the ring details. These are based on Voyager Occultation Data, and are insanely detailed and very accurate. You will find his web site here:

Also to All India Radio, for kind permission to use their music as a soundtrack. You can here their music on Bandcamp, this is from “The Haunted World”, and is titled “Qi Ging”