END_OF_DOCUMENT_TOKEN_TO_BE_REPLACED

I’m continuing to spend most of my graphics time in Vue recently, and I think I am starting to feel comfortable with it. I’m still getting occasional frustrations, but I’m feeling a lot more in control.

One lightbulb moment was when I realised I did NOT have to use the included billboard planet options for planets! But could use full 3d objects which then pick up the light from the Sun, and are properly affected by the haze and fog. A good example is the ringed planet in the banner image for this post, at the top. (Note the tiny astronaut at the top of the cliffs!)

END_OF_DOCUMENT_TOKEN_TO_BE_REPLACED

This was based on an image I found, taken from the cover of the March 1961 episode of the Magazine of Fantasy and Science Fiction.

A really unusual shape, making the whole thing look like a cross between a lightbulb and a thermos flask. I suspect it’s meant to be nuclear , which makes standing around the engine area somewhat adventurous.

END_OF_DOCUMENT_TOKEN_TO_BE_REPLACED

(I’m currently on Vue 2014, and considering an upgrade if this goes well) END_OF_DOCUMENT_TOKEN_TO_BE_REPLACED 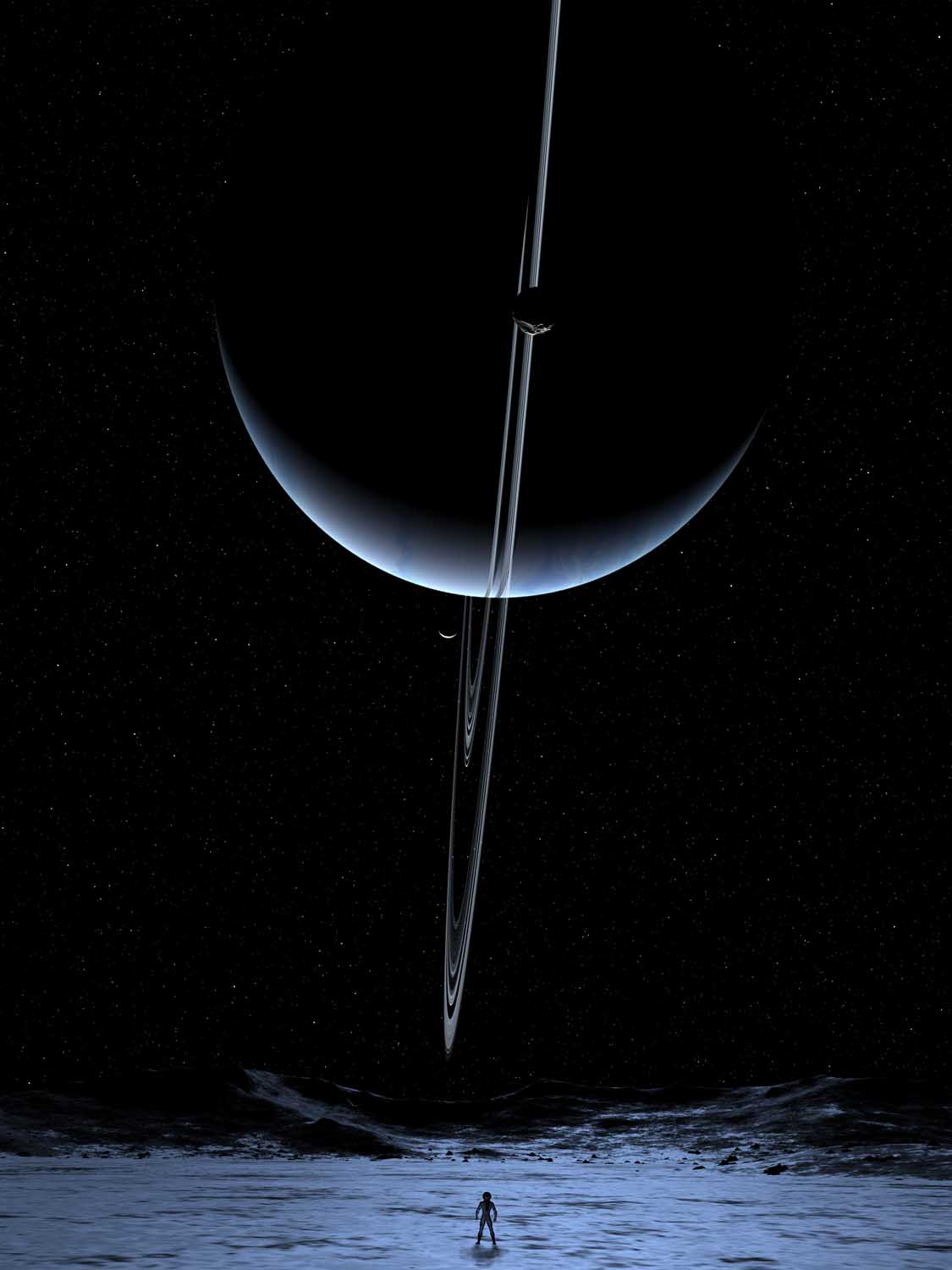